Botox®
Botox® is an extremely effective, non-invasive, botulinum toxin used to treat wrinkles and fine lines. Botox® is made up of the Botulinum toxin, which acts as a temporary nerve blocker, relaxing and weakening contracted muscles, to smooth away fine lines and wrinkles.

How are wrinkles caused?
It all starts with a nerve telling a muscle to contract. This causes the overlying skin to scrunch up. With time and repeated contractions, the skin begins to thin at certain points and a wrinkle appears.

Wrinkles are the lines and creases that form in your skin. Some wrinkles can become deep crevices or furrows and may be especially noticeable. They tend to become prominent in areas of the face that show expression; i.e. the mouth, the nose, the eyes, and the forehead.

With age, after years and years of such expression the skin will begin to keep those creases and lines. Also, as we age the face tends to lose fat, that gives our face its necessary volume and fills the creases. Facial volume loss can be corrected through the use of dermal fillers.

How does Botox® work?
Botox® is a botulinum toxin injected into the skin to fill the spaces created by wrinkles and facial volume loss. Think of the skin as a piece of paper. By folding the paper along the same crease over and over, you are deepening/reinforcing that fold and weakening the paper.

Now imagine if all of a sudden you cannot fold the piece of paper. Instead, you flatten it out and place it between two large books. With time, the fold fades. That is the same mechanism by which Botox® is able to prevent/decrease the wrinkles of the face. The big distinction in the analogy, however, is that skin is a living organ that is able to regenerate. So, with time and good skin care, wrinkles will virtually disappear.

What does Botox® improve?

Is Botox® painful?
Botox® is non-invasive and is simply administered in a small shot. The discomfort is minimal and fairly brief. If you’d like we can numb the area with a small amount of anesthetic, but that’s generally unnecessary. Results can be seen almost instantly, and can be expected to reach their peak after about 24 hours.

Botox® Before and After Photos 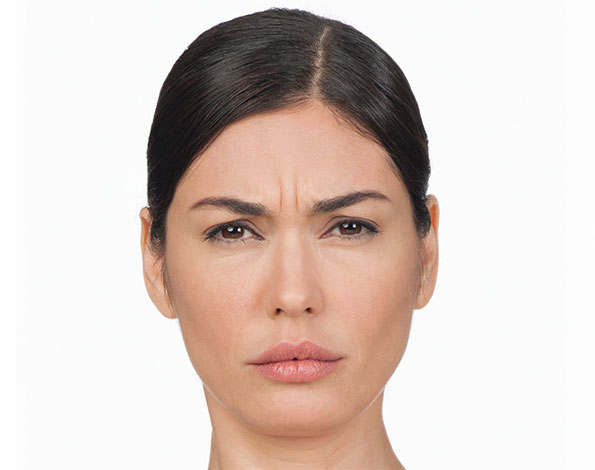 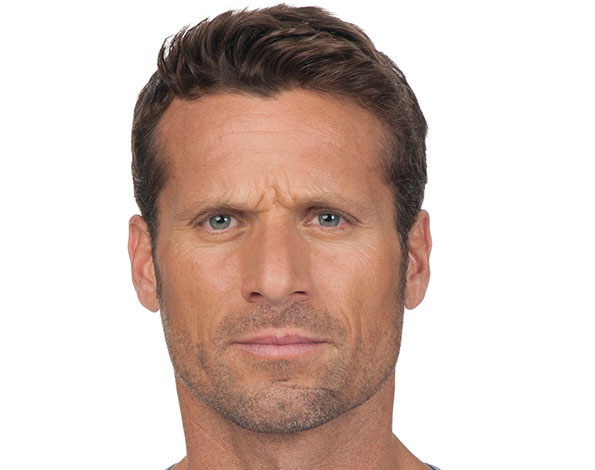 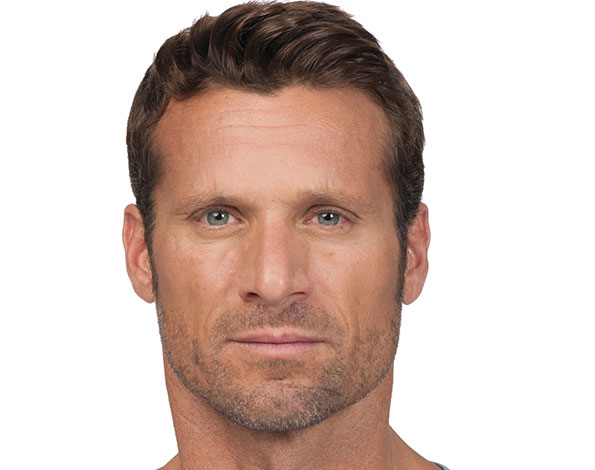 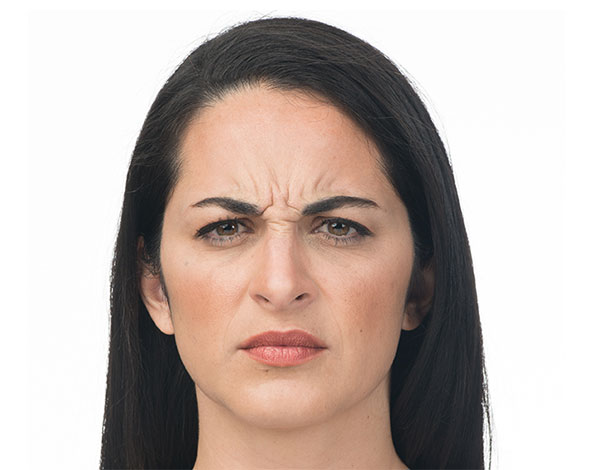 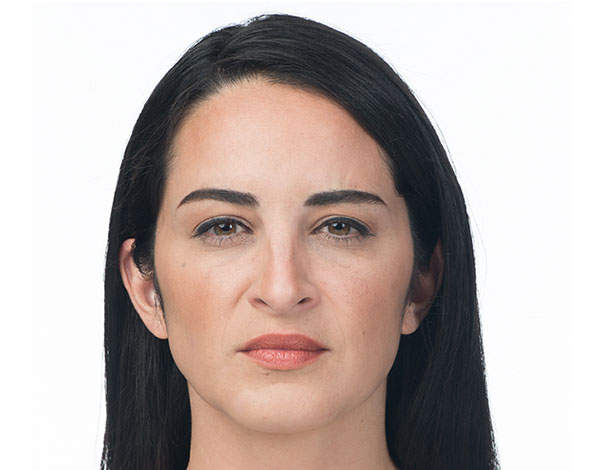 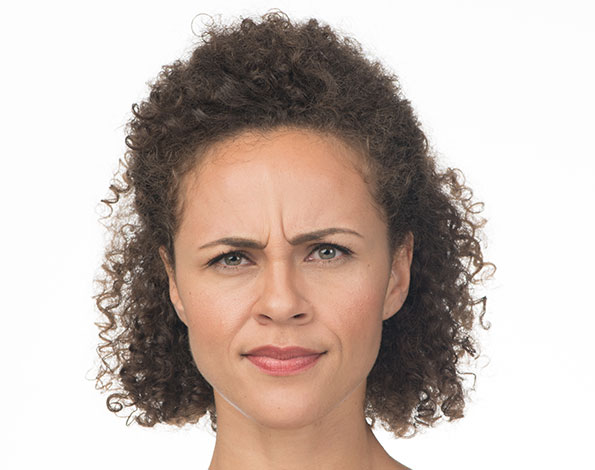 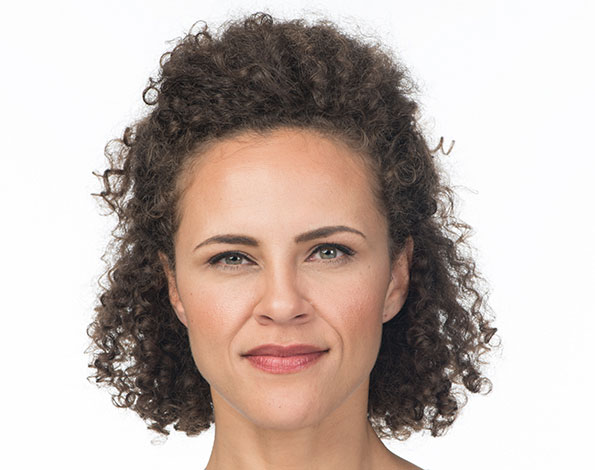 What is Dysport®?
Dysport® is a prescription injectable used to temporarily improve the look of moderate to severe frown lines without changing the look of the face. Dysport®, like Botox® is made from the Botulinum toxin. This toxin causes botulism, a condition of temporary muscle paralysis. However scary this may sound, when injected into the facial muscles, it causes 0 harm whatsoever, and actually alleviates patients of wrinkles & fine lines. The untreated facial muscles still work normally, allowing you to freely show facial expressions, such as smiling, or frowning.

How Does Dysport® Work?
Over time, the muscles above and between the eyebrows repeatedly contract and tighten, causing wrinkles. But, with just 1 injection into each of 5 points between and over the eyebrows, Dysport® blocks the signal from the nerve to the muscles, ultimately resulting in a reduction of muscle activity and temporarily preventing contraction of the muscles that cause frown lines.

Dysport® is most affective for forehead wrinkles and wrinkles that appear between the eyes.

What Does Dysport® improve?

How long does Dysport® last?
Dysport® can typically last from 6-12 months, depending on severity of wrinkles and skin care habits. Dysport® works to block the signal from the nerve to the muscles, resulting in a reduction of muscle activity and temporarily preventing contraction of the muscles that cause frown lines. It’s important to note that you should not be treated with Dysport® more frequently than every 90 days. However, in order to keep your youthful contours and wrinkle-free look the treatment must be repeated, every 6-12 months, as needed!

Dysport® Before and After Photos

What is Xeomin®?
Xeomin® is a botulinum toxin mainly used in the treatment of moderate to severe frown lines between the eyebrows. Similar to botulinum toxin injectables, such as Botox® and Dysport®, Xeomin®’s active ingredient is made from the bacteria which causes botulism. By using the Botulinum toxin, we are able to block nerve activity to the muscles in the treatment area, causing the tiny muscles in the face to cease activity. Now this may seem scary, however, all it does is cause a temporary nerve block, alleviating patients from wrinkles and fine lines.

Benefits of Xeomin®
One major difference of Xeomin® from its competitors (Botox® & Dysport®) is that Xeomin® is what’s called a “naked injectable”. This means that Xeomin® does not contain any additives, it is comprised solely of the botulinum toxin. The benefit of this pure-form injectable is that the body is less likely to resist (very rare) an injection, and it will go to work much faster and smoother. Other major benefits are:

How does Xeomin® work?
Xeomin® is administered using a number of tiny injections to the area in need of correction. With sessions typically lasting only 5-10 minutes.

Depending on the severity, as well as the placement of the wrinkles, Xeomin® may need to be repeated every 4-6 months. A few days after the procedure is complete, you will begin to see the difference as your wrinkles will start to disappear.

Xeomin® is a highly-effective, safe procedure. However, as with any facial injectable, patients may experience slight swelling and/or redness in the treatment area. Avoid rubbing the area as well any direct sunlight for at least a day or two after treatment. Any swelling, redness, or discomfort should disappear within the first 24 hours.

If you’re interested in using Xeomin® in order to treat you moderate to severe frown lines, contact us today!

See the difference in frown lines before and after treatment with Xeomin® (incobotulinumtoxinA).

Xeomin® Before and After Photos at Maximum Frown 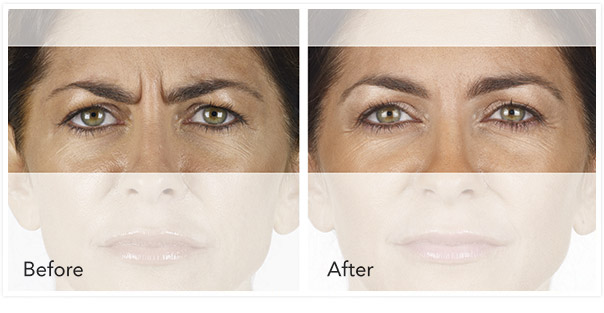 AFTER PHOTO TAKEN
30 DAYS AFTER INJECTION

Individual results may vary. Unretouched photos. The highest proportion of patients achieved treatment success
(at least 2 points improvement in both the investigator and patient ratings) at Day 30.

AFTER PHOTO TAKEN
30 DAYS AFTER INJECTION

START YOUR TRANSFORMATION >>
WE ARE HIRING! >>